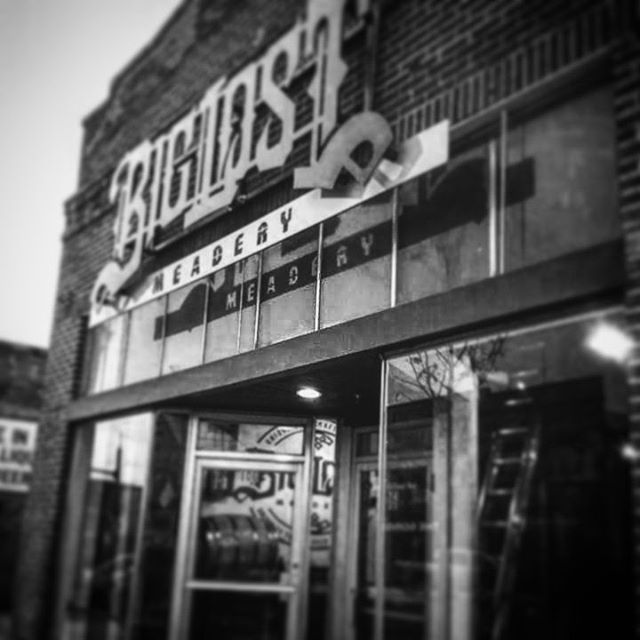 How it All Started

The story of Big Lost Meadery and Brewery begins in 2007 in Logan, UT. It was here that Owner Sam Clikeman and his friend Ned Vasholtz decided to start brewing beer in a forest service cabin in the middle of nowhere. Their process included no running water, minimal electricity, and a severe lack of equipment. But all in all the beer turned out ok. After this first taste, Sam decided to pursue this brewing thing for a while. Years later after experimenting in wine and beer a friend asked him if he would try making mead in 2009. This idea was shot down immediately, Sam didn’t want to waste a year for a five gallon carboy of mead; if it is good, you only have five gallons after a year, if the mead is bad you just wasted valuable carboy space for nothing. So he said he would only make mead if he could do a large barrel, but honey was too expensive to take on the endeavor. So his friend Shane Anderson hooked him up with a honey producer in Montana to obtain 125 pounds of honey to try his first batch. One year later the mead turned out amazing! So the meadmaking began and the idea grew and grew until in 2014 Big Lost Meadery was born!

Fast forward a little bit and Bob Hewitt-Gaffney begins to join the picture. After starting to date Sam’s sister Nicole, she began to really like this bearded guy. Thus she wanted him to spend some time with her brother; Bob loving carpentry was elated to join in on construction of Big Lost. As things progressed, Bob and Sam became good friends, and Bob and Nicole became closer. Finally Bob made the decision to ask Nicole to marry him. When Nicole agreed, it was evident that Bob needed to join in the company as partner!

Finally in 2017, with the meadery gaining momentum, Sam quit his job as a firefighter and Bob quit his job as a teacher so they could go full time at Big Lost. Now the two of them roam aimlessly around the country just making mead and Getting Their Pillage On!